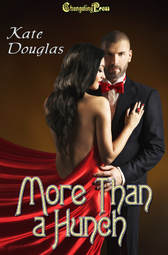 More Than a Hunch
Now at Changeling Press $3.39 through July 26

MORE THAN A HUNCH, PLEASURE PORT 27, A WOLF BY ANY OTHER NAME, and JUST A LITTLE MAGIC were all previously published by Ellora's Cave.


Available at these retailers now!
~~*~~ 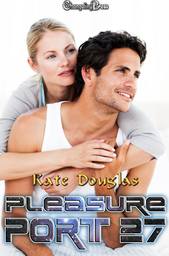 Once she meets Evan, however, it's obvious one night won't be enough. Is there a chance for love when one is merely a fabrication designed to provide pleasure; possibly a chance to live as a real woman?
~~*~~ 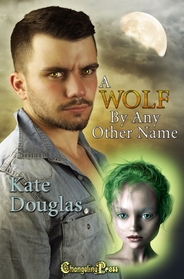 A WOLF BY ANY OTHER NAME is a really cute story with a different twist. When computer nerd Zevulan Cable awakens in a dungeon, bare-ass naked, chained to a bed as gorgeous identical twin witches have their sensual way with his body, he figures he's found his greatest desire, just as the leprechaun promised.

So why is the tiny, sexless woodsprite the one who captures his heart? And how can he explain his growing need to howl at the moon? 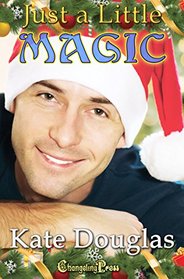 Beth could not care less, especially once she discovers that Dom is a lot more than a good looking guy in a Santa suit -- he's the lover of her dreams, toys included. Unfortunately, he actually thinks he's an Elf. Differences aside, Beth discovers all it takes is Just a Little Magic to find true love.​
~~*~~ 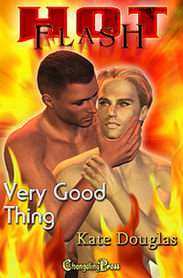 ​A VERY GOOD THING Caj is merely looking for a clean break from a bad marriage when he approaches a gay man in a bar and asks him to pretend to be his lover. Except Marc's not necessarily gay. He is, however, open minded and definitely open to adventure.

Caj --who's actually as straight as they come -- has all the earmarks of an adventure in the making. One hot and heavy kiss later, both Caj and Marc are looking at each other in an entirely new light, seeing possibilities far beyond that brief encounter of the sexual kind. They're looking for a Very Good Thing.
​~~*~~ 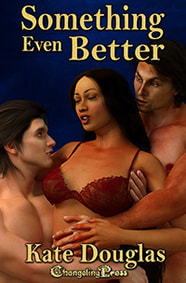 SOMETHING EVEN BETTER: In an attempt to discourage his persistent ex-wife, Caj Baptista lays a kiss on a good-looking gay man, figuring that will make the point that he’s no longer interested. But Marc Mirot isn’t gay—he is, as he tells Caj after an absolutely magnificent first kiss—open minded. And Caj discovers he’s not quite as heterosexual as he’s always thought. In fact, he realizes he’s as open minded as Marc. And then the two men meet Ginny. A lush, voluptuous earth goddess of a woman, she’s absolutely perfect—if they can only convince her that while two is good, three is something even better.
~~*~~ 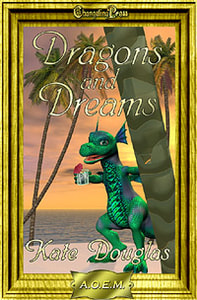 This new edition is now available in print at Amazon.com.

​There's something magical about an island... for Teri, Brad and Steve in Island Dreamin', it's a simple matter of figuring out who's in charge, and who's in love. Short and sexy works when your career's on the line, and fantasies actually come true.

For Prince Lorcan and Amanda, as well as Lester and Tady, an island vacation in a mystical realm means more than mere love -- it means Finding Magic, accepting the impossible and loving enough to risk everything.

What happens when love has settled into real life, but something huge is missing? Tady and Lester risk everything in Chasing Dragons, chasing an impossible dream to make a perfect love even better.
​
Three stories -- one of young love, another of two couples finding unexpected romance, and a third tale of magic and dragons, of dreams and the joy of truly understanding the meaning of love. Island Dreamin', Finding Magic and Chasing Dragons -- three tales of love, laughter and a whole lot of happily ever after! 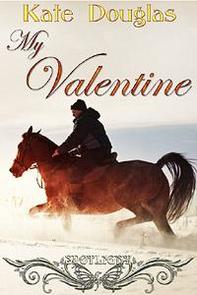 MY VALENTINE: St. Valentine. Dead since the 3rd century, he's never experienced the love he's made possible for so many young couples. God takes pity on Valentine, sending him back to earth and a woman who needs him. A woman he has to rescue before her grief and despair lead her to ending her own life. No longer a saint, or a legend, he’s just a man. Can the man do what the legend could not?
Reviews:
"Easily the most emotional, beautiful and unforgettable novella I've read this year, My Valentine is simply breathtaking."
-- 9 Gargoyles from Ayden Delacroix, In the Library Review
"The spirit of love is tangible through the pages. So hold onto your box of tissues, box of chocolates and savor this sweet piece of romance with a capital R not only on Valentines Day. "
-- 4.5 Cupids from Frauke, Cupid's Library Reviews
"This is a beautiful love story about two people who really deserved to be loved. I am looking forward to reading more of Kate Douglas' books that are sweet as candy!"
-- Janean, Fallen Angels Reviews 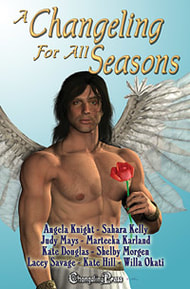