​When you follow me on BookBub, you'll receive a notice whenever a new book comes out. You can follow almost all your favorite authors, and get offers daily for free or special sales on ebooks

As an Amazon Associate I earn from qualifying purchases.
Dark Stranger is finally up for sale, in ebook and print formats. And yes, I AM embarrassed at how long this has taken, how many times I said it was almost ready (It was, but I wasn't...) but it is available with purchase info in my newsletter....go here for more information!

ALSO...in case you're in a hurry...
Buy links are below the cover. 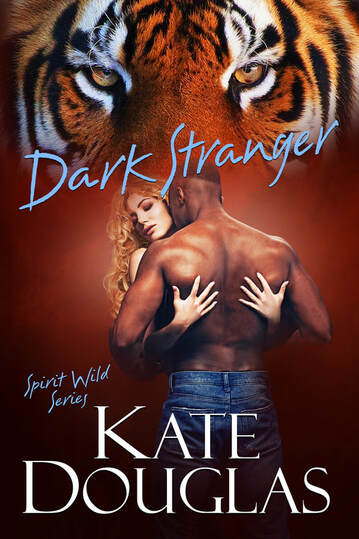 Berserkers. Chanku, but not. Born as animals, but unlike their more civilized brethren, they have no access to the Tibetan grasses that give Chanku their shapeshifting abilities. They are refugees from the same alien world, aware of their humanity yet living and dying as animals on earth.

Untold numbers of shapeshifters in zoos...in the wild...in cages as victims of predator trafficking rings operating worldwide. Unable to communicate with humankind, to know their true selves, unable to fully mate with the ones they love.

The pack knows they exist. Knows that they are the only ones with the power to save their feral brethren, but the clock is ticking. Chanku are almost immortal, but Berserkers live and die on their animal’s timetable...how many will the pack rescue before it’s too late? Will they ever save enough of their brethren—different yet so much alike under their skin?

​Wolf Tales books, reissued and available again--ebooks and print
Click on covers for these and all Spirit Wild books for
​long excerpts and links to retailers

All the SPIRIT WILD books to date are available in ebook & print.
Only DARK WOLF and DARK MOON are reissues of original Kensington titles.
The others are original books set in the Chanku world. 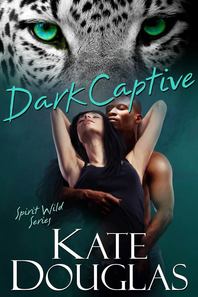 ​Stolen from her mother when she was still a tiny cub, snow leopard Asha has one constant in her life-- she has always been a captive. Her leopard, traded among crime lords over the years is a victim of the underground predator trafficking ring, and her human side is trapped in her animal body without access to the magical nutrients that will allow her to experience her full existence. She is a Berserker, a sub-species of Chanku shapeshifters who are born as animals but can shift to human form. However, without the proper nutrients, those treasured Tibetan grasses, Berserkers are doomed to lives of quiet desperation, yearning for a part of themselves they are unable to reach.

Leo Cheval has always known both his animal and human natures. Born within the successful Chanku Pack in Montana, he's a respected attorney for Chanku Global International, a dutiful son to his parents Mei and Oliver, but a failure as a man.

In a matriarchal society, his chauvinistic behavior has made him an outcast among his peers, but his Alpha, pack leader Anton Cheval, does his best to point Leo in the right direction.

When a badly mistreated snow leopard is rescued from a predator trafficking ring, Leo is the only pack member comfortable in his leopard form who is available to help bring the newly discovered Berserker into the pack. The question? Is Leo ready to submit to a female, to let her take the lead as she discovers her other half? 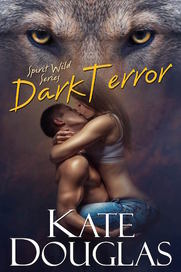 Before she was rescued from a human trafficking ring by the Chanku, Mary Ryder had lived a tortured life as a sex slave and prostitute, and the emotional scars of that time still haunt her. Through the patient strength and genuine devotion of Jack Temple, Mary is slowly learning to open herself to the possibility of uncorrupted love and passion in his arms. But before the two can explore their newfound connection and dream of life as a mated pair, they must face a dark menace threatening all Chanku.

Aldo Xanakis was thought to be dead, but harnessing the life force of those he had slain, he has reappeared as a dark and vicious demon hell-bent on the destruction of the pack—and of all humankind. With only days to stop the demon’s lethal plans and the fanatical religious cult he has enlisted to serve him, the entire Chanku pack unites to combine their power against him.

As Mary and Jack are thrown together in an epic battle against evil, they and the rest of the pack will be forced to harness all the magic and sensual power they possess to preserve their way of life and everything they hold dear. 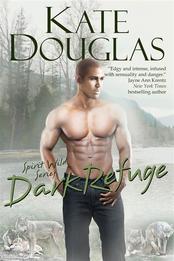 Emeline Cheval has always felt a darkness in her soul, but when faced with something even darker than her own pain--a fellow Chanku caught in a human trafficking ring--she must turn to the pack she left behind.

On the outside, Gabe Cheval has everything--he's handsome and strong, son of the pack alpha and a valuable member of the Chanku family, but inside he carries the fear he will always walk alone. Until Emeline calls on him for help.

Even as Em and Gabe come together to rescue the captive women, they discover a dark and dangerous menace that lurks deep in Em's heart, one that threatens to unravel the core of the Chanku hierarchy and destroy everything Em and Gabe hold dear.
​
For More About Kate's Books...

Kate Douglas is a participant in the Amazon Services LLC Associates Program, an affiliate advertising program
designed to provide a means for sites to earn advertising fees by advertising and linking to Amazon.com.